For centuries, people have enjoyed food and good company as we do today. Cēna is a Virtual Experience in Ancient Roman Dining and Reclining. Interact with a digitally replicated dining scene in 3rd-4th century Rome. Learn about ancient tableware and meals in ancient contexts. This virtual exhibit features digital replicas of artefacts from the Museum of Antiquities collection. This project has been adapted for the Shared Spaces app and can be found under the space titled Cēna. 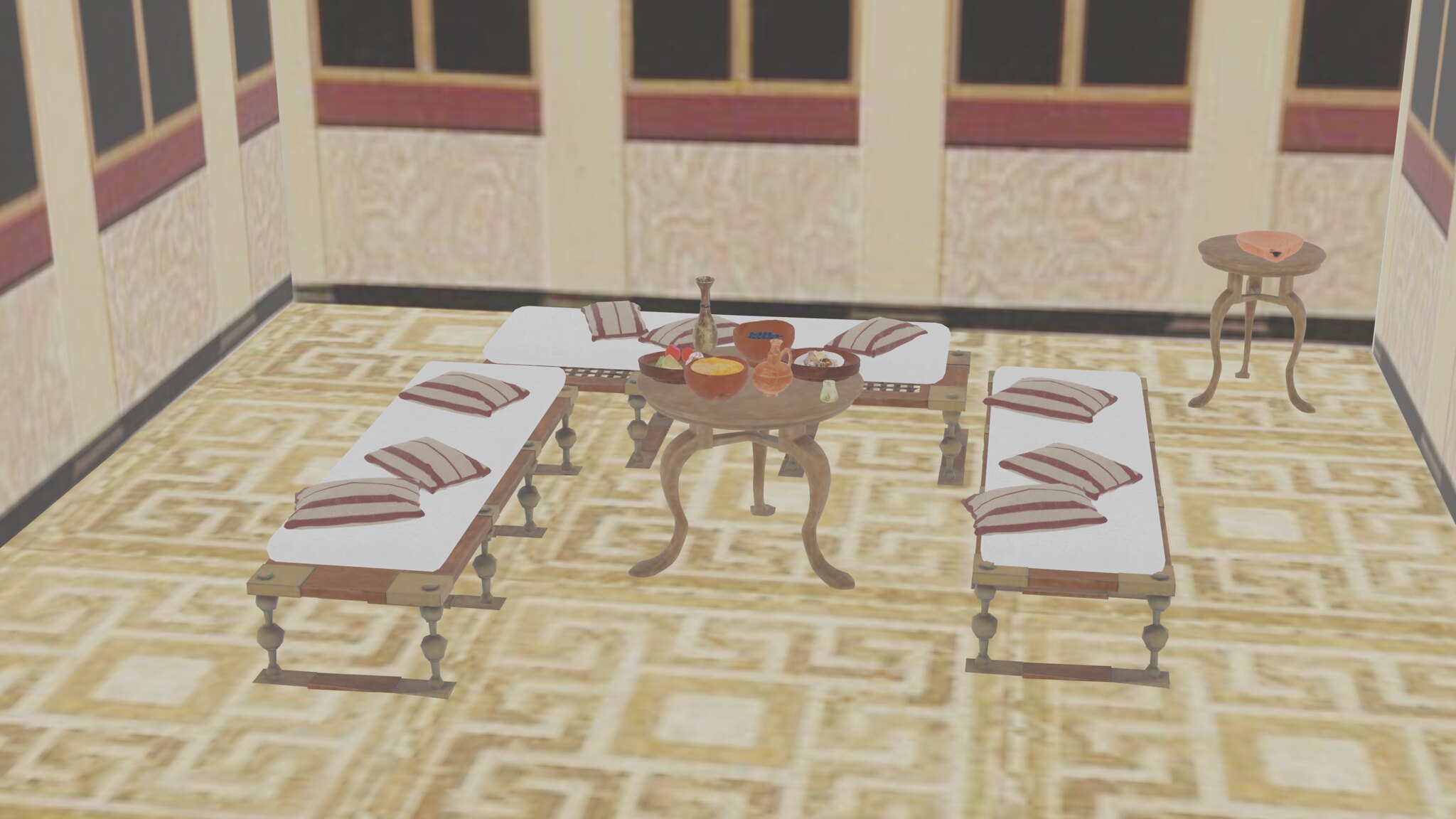 This juglet is a digital replica of an original object in the Museum of Antiquities from the Minden Collection. This digital model was made through photogrammetry. Glass ware in ancient Rome was an expensive, luxury item and used on special occasions. This vessel was likely used to hold oil, but glass may have also been used for containing wine, perfumes, and medicines.1 Like the beaker on the table, this jug was produced using a blown glass technique.2

This beaker is a digital replica of an original blown glass object in the Museum of Antiquities from the Minden Collection. In the latter part of the 1st century BCE, glass blowing may have originated in Phoenicia, although this is open to debate.1 By the end of the 1st century CE, blown glass spread widely within the Roman Empire. The beaker on the table was fine ware used for drinking wine.

This flask originated in North Africa and is a digital replica of an original piece at the Museum of Antiquities. Red Slip was a form of pottery made from liquified clay originating in Tunisia, that later spread throughout North Africa and other parts of the Roman Empire. This ceramic ware has been found in many archaeological sites in Italy including Pompeii.3 This flask was likely used to hold oil at the table.

This oil lamp is a digital replica of a replica artifact at the Museum of Antiquities. Oil lamps held great significance in ancient times and were one of the most essential household objects, as the oil lamp was the only source of light during the night. They were used to illuminate rooms in the Roman home such as the triclinium, or dining room you see presented. Oil lamps were also used at temples and shrines.4

The Meal and the Mensa 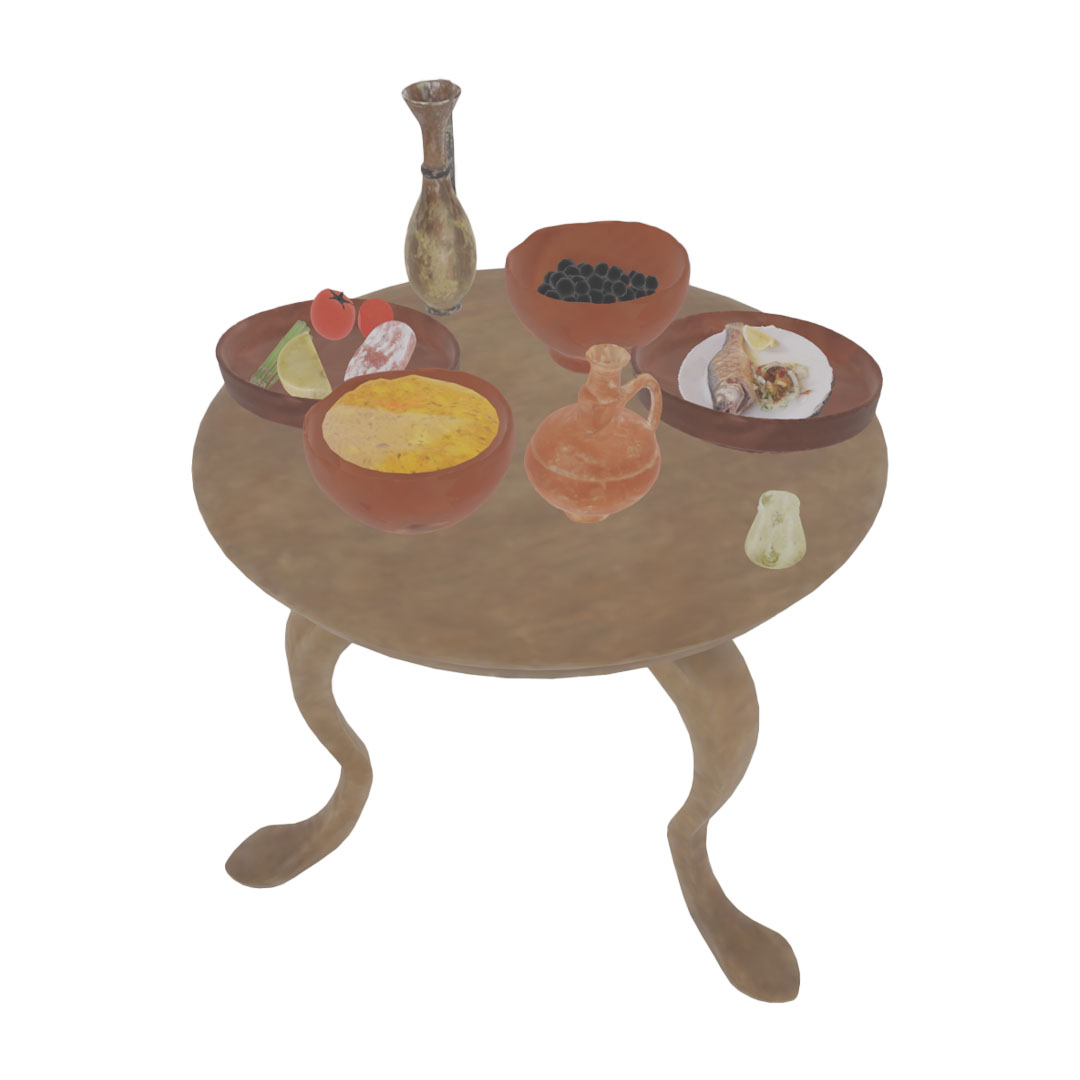 The dining table you see here is referred to as a mensa, meaning “in the middle.” It was low, small in diameter, and usually round5. After every course, the tabletop or entire table was removed with food still on it, which demonstrated that the host planned a variety and large quantity of food, and had enough to feed the servants and animals he owned.4 On the table we can see a few dishes from a typical ancient Roman meal for wealthier families. Meals would often include produce such as grapes, apples, and asparagus; meat such as fish, beef, or lamb, stews and soups; freshly baked bread; and of course, wine.4 Dining, as it is today, was a form of entertaining. The wealthiest individuals would impress their guests with exotic foods and elaborate presentations. 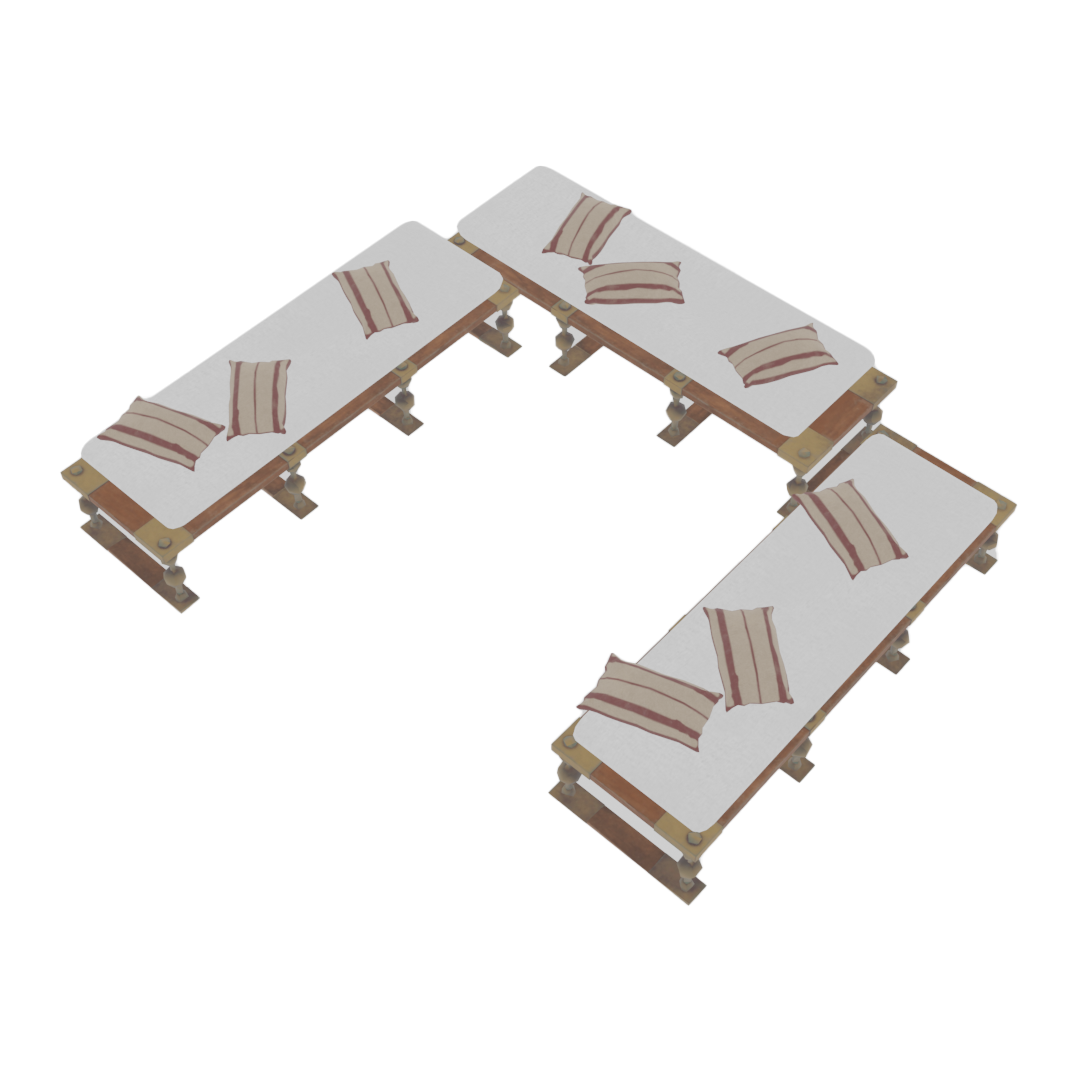 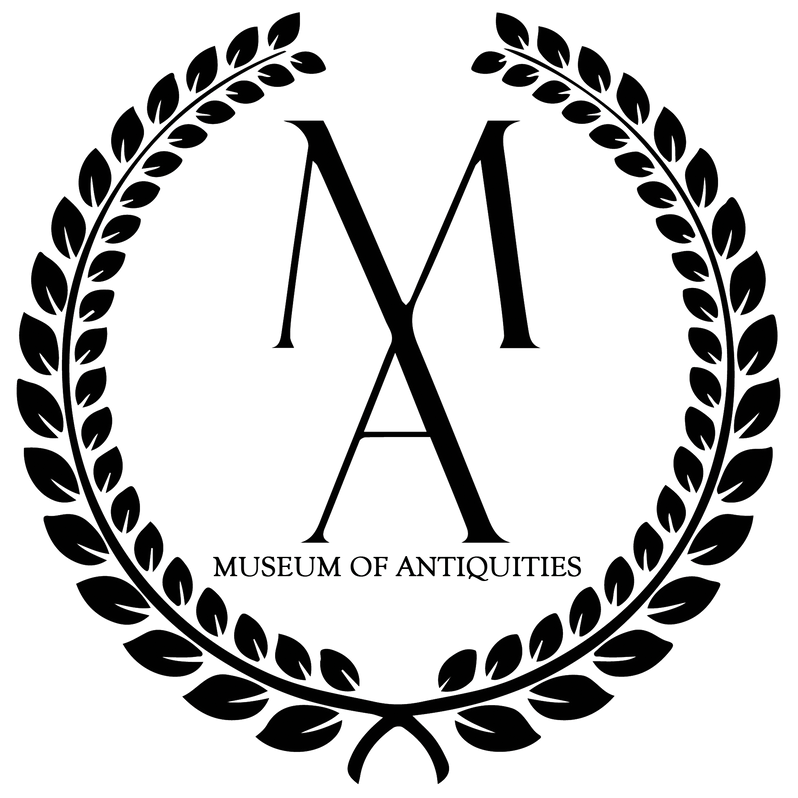 Museum of Antiquities began in 1974 with a dozen replicas purchased from the Louvre that were kept in various locations across campus. Thanks to the generosity of private benefactors and the University, the collection has grown to include extensive collections of original artefacts including coins, glass, and pottery. The collection has expanded to include replicas from the Louvre, the British Museum, the Museum of Antiquities in Delphi, the Acropolis Museum in Athens, the Staatlichen Museen, and replicas made by local artists. The museum continuously strives to offer reliable and engaging  educational experiences within the context of ancient Western and Middle Eastern civilizations from approximately 3000 BCE to 1500 CE.

About the Digital Collections Assistant 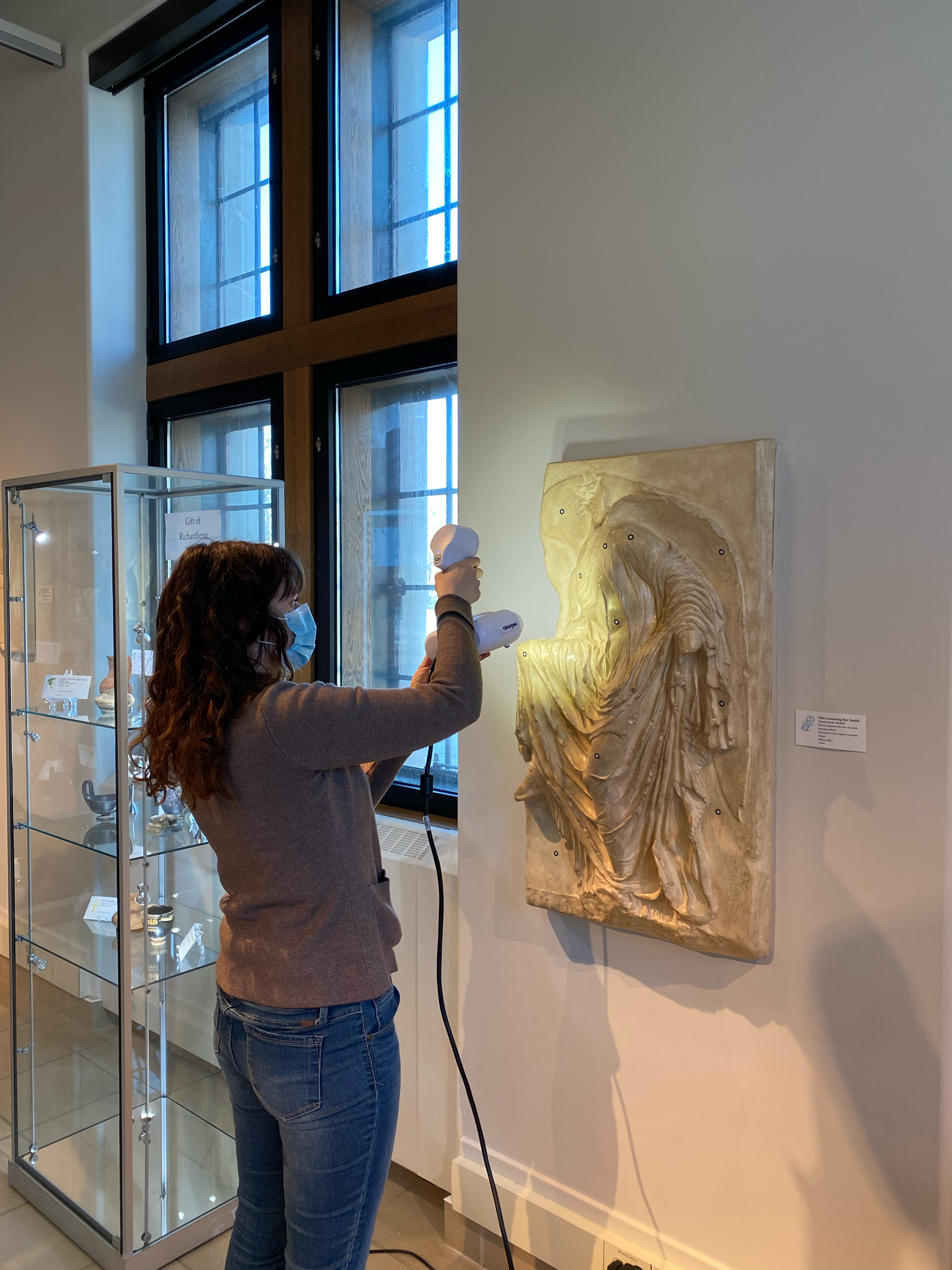 My name is Christie Fender and I am the Digital Collections Assistant at the Museum of Antiquities. I am also a first year Master’s Student in the Department of Archaeology and Anthropology. Since my second year, my interests resided in archaeological sites and cultural heritage at risk due to climate change and human activity. While my thesis focuses on a community-based project in British Columbia identifying sites at risk, I’m also interested in the preservation of cultural materials and educating the public on the protection of materials and sites. This position has helped me appreciate and learn various methods in digital preservation that I hope to carry forward while conducting community-based research with the leadership and collaboration of Indigenous communities around Canada. I have also been excited about learning different aspects of daily life in Ancient Greece and Rome through this incredible museum. My position here at the Museum of Antiquities has been both a learning curve and an incredibly fun experience!

The Digital Collections Assistant position was made possible by Young Canada Works.

3 Bes, Philip. Once upon a time in the East. The chronological and geographical distribution of terra sigillata and red slip ware in the Roman East. In: Roman and late antique mediterranean pottery, 6th edn. (Archaeo Press, Oxford. 2015), 196-197